Do you crave a day of luxury in London? Or perhaps a whole weekend?

There are lots of possibilities. We've sourced the following to give you some ideas.

Looking or something different to do on your Paris layover?

If you want to avoid the crowds, or have simply seen the big sights, it's easy to get off the beaten track in the city.

It's never been easier to read while you travel. From airport bookstores and libraries, to airport book exchanges downloadable e-books, you should never be caught on a layover without something to read. Let's bring you up to speed:

Nothing to read? Check out an airport library

"The book celebrating the 75th anniversary of Nashville International Airport includes a page — and a charming photo — documenting the library branch that opened on-site in 1962. Staffed by a librarian who received an extra $4 in her paycheck to cover airport parking, the Nashville Public Library reading room was the first time a public library was ever established in a municipal airport (it was closed in 1969). Today, just a few airport terminals have anything resembling a traditional library. But airports are finding other ways to offer travelers plenty of reading material for free... [read more on Stuck at the Airport]."

"At first glance, a partnership between libraries and airports may seem a case of strange bedfellows. Libraries offer space for concentration and relaxation, while airports are notoriously stressful and full of distractions. But the venues do have one thing in common: in both, users are looking for something to read... When Kansas State Librarian Joanne Budler looked around at passengers waiting at a baggage claim a few years ago, what she saw were readers. Or potential readers, at least. The waiting passengers were nearly all focused on their phones... The result of Budler’s vision—and her staff’s hard work—is the Books on the Fly campaign, which got off the ground at Manhattan Regional Airport, the state’s second largest. Scanning a QR code, available on cards throughout the airport, sends users to a site where they can access the Kansas State Library’s eLending service. Visitors without a library card are directed to Project Gutenberg’s mobile-optimized site, where they can download titles in the public domain [read more on Library Journal]." 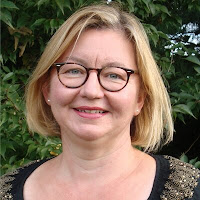 The library is closed because of renovations (but she's still tweeting!)

All Airports (every book on airports you can imagine, delivered free worldwide) - Book Depository

Book Review: A Week At The Airport by Alain de Botton - National Post


Related resources
Looking To Save Money On Books? Read And Return Them At The Airport - BudgetTravel
Love the layover: five libraries worth a visit - Stuck at the Airport
The Top 25 Must-Read Blogs for Aviation Enthusiasts - Blast Fence
13 Travel Books That Will Give You Serious Wanderlust - Nomadic Matt